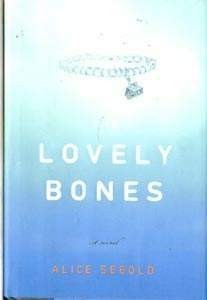 Lovely Bones is not your ordinary tearjerker. I picked up the book with a Kleenex at hand, expecting to cry at the slightest dramatic antic. I was in for one major shock.

The book is not all tears and limitless impossibilities that are commonly associated with drama. The story is deeply poignant, yes, but also very grounded on reality. The story is touching because it showed how a teenage girl, Susie, could manage to cope with a horrifying incident which was, and still is, so alarmingly possible in real life. Though the premise of the story (point of view of a dead girl) is unrealistic, the incident which put her into that situation is a reality. What makes it even better is the prose. The book is elegantly written, with none of that overly exaggerated vocabulary used to intensify already-melodramatic storylines of other texts. Moreover, Susie’s tragedy is not treated with tears and solitude, but with a mix of humor and solemnity, so despite the sad premise, it was still far from depressing –which is what books should aim for, since nobody reads to get depressed. I also loved the prose because of its vivid power to connect to a reader’s heartstrings. Alice Sebold just knew how to tug the right strings at the right time. Throughout the story, I was keenly aware of how much the book emphasized the value of life, but only in one scene, which became an instant favorite, did this emphasis present itself at its best. It was the scene wherein the dead Susie desperately wanted to touch her crush, who was taking a shower. This part was written with such intensity that I actually felt how much my own life is worth, seeing as how one dead girl could yearn for mere physical contact (which only mortality could give) so immensely. The prose was so effective that I could feel how much Susie wanted to live again. Sebold’s language perfectly carved out Susie’s great thirst for life. It was only after finishing that part when I realized I was in tears. But then again, who could resist being moved when a book such as Sebold’s is in front of you, so hopeful and poignant without being overdone?